Choosing a counselor is an important decision. Learn More about our highly-qualified and caring therapists.

Everyone Needs a Little Help with their Parents Sometimes

Free Family Counseling for youth and their families. 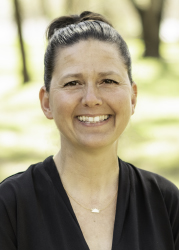 The law defines truancy as the failure to attend school and Texans live in one of the toughest states for parents and their children by making truancy a criminal act. With this tough love approach, you would expect Texans to have understood and solved the truancy issue but unfortunately this is not the case. Criminalizing truancy has proven to be an ineffective method for increasing school attendance and decreasing the drop out rate.

Texas and Wyoming stood alone as the only two states in the country that treats truancy as a criminal offense but on September 1st 2015 House Bill 2398 will now change the way truancy is handled. Texas Governor Greg Abbott has signed into law a measure to decriminalize unexcused absences and require school districts to establish preventive measures instead.

Under the old truancy law a student could be considered truant with as little as 3 unexcused absences over a 4-week period. This approach has been found to mostly impact low-income families. Families who already faced financial hardships were being burdened with heavy truancy fines of up to $500 per offense. Additionally their kids were facing jail time. What was even more concerning was that the old laws weren’t addressing the root of the truancy problem. The stiff consequences were not resulting in any significant changes in student attendance.

Research indicates that most truancy issues are related to undiagnosed learning difficulties, school bullying, fear of school, family problems, and/or mental health issues and that these concerns need to be addressed through intervention not punishment.

Thankfully with the new law, school districts will now focus on treatment and education to address the root of the attendance issues. Students can still end up in court, but instead of sending students to criminal court for 10 unexcused absences over a 6-month period districts now have the option of sending students to civil court. Consequences may include having this will relieve the heavy financial burden for the parents and eliminate juvenile detention for the students. This doesn’t financially let the parents off the
hook. Parents can still be charged with a misdemeanor under the new law if their child fails to complete their sentence but the fines have been significantly lowered to $100 for the first offense.

Before House Bill 2398 was established the City of Denton and CCD took a proactive approach in addressing the truancy concern for Denton ISD students. They developed a free 3-hour course that focuses on empowering students to take charge of their education and future. The class also gives parents the tools and resources to address the root of the problem. CCD is proud to have had the opportunity to deliver that service. CCD also provides those families with free family counseling through the Family Tree Program. Family Tree is funded by the state of Texas and Truancy is one of it’s many eligibility categories.

The African proverb seems to sum it up the best – “it takes a village to raise a child.” Thankfully the state of Texas is on its way to establishing an all encompassing village to raise the youth of tomorrow.